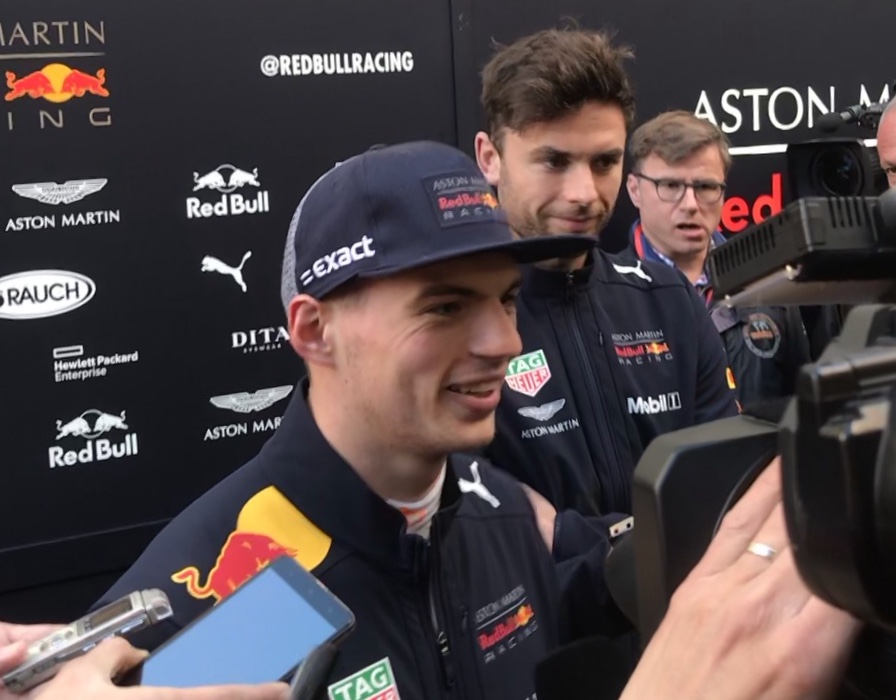 A cheeky Max Verstappen stepped out of the RB14 and straight into his media session tonight, but played his cards close to his chest regarding any potential upgrades being introduced this week.

Standing in for teammate Daniel Ricciardo in a change of running today, his response was “you’ll have to keep your eyes open” when asked if the Aston Martin Red Bull Racing team will run anything similar to race specification during the final days of testing ahead of the first race of 2018.

Verstappen suffered a minor setback when the car stopped on track and brought out a red flag, with what was later said to be a battery issue, but this did not hinder him from clocking up some impressive mileage after completing a total of 130 laps today. He was keen to return to the track once resolved:

“You want to do as many laps as possible, that’s what we want after a little issue.”

On the car in general, he spoke positively, but also made similar comments to other drivers regarding the many variables that have changed this year. Is the car better than last year?

“It is a good feeling, but as I have said before, with tarmac and tyres, it’s difficult to say.”

In interviews today, Mercedes’ Toto Wolff has alluded to his view of expecting a three-way fight this season, with Red Bull and Ferrari competing against the Silver Arrows for race wins, but Max would not be drawn into that conversation, replying “We’ll find out in Melbourne!”

One thing he was happy to discuss was the Halo, and his thoughts after more running with the device today.

“The visibility is actually not too bad. Yes, you have this thing in front of you, but at one point, you basically look through it. It’s not as bad as I expected, but it’s still very ugly!”

Guys check this out. Her stuff is amazing. The quality and look 💯 twitter.com/Sareyware/stat… Retweeted by Sarah Merritt

Oh my lord Diana! Flat as a pancake! #Glastonbury2022

He’s done it again! @maxchilton has just broken the Timed Shootout and his outright record in the McMurtry Spéirling. The VW ID.R has been beaten with a ridiculous time of 39.081 seconds. The Future of Motorsport Power presented by @dhlexpressuk #gw_DHL #FOS #Hillclimb #record pic.twitter.com/5Lr2ODJzrt Retweeted by Sarah Merritt

Hakkinen takes the McLaren MP4/5B for a stroll up the Hill #FOS pic.twitter.com/YOVnlQBgm6 Retweeted by Sarah Merritt