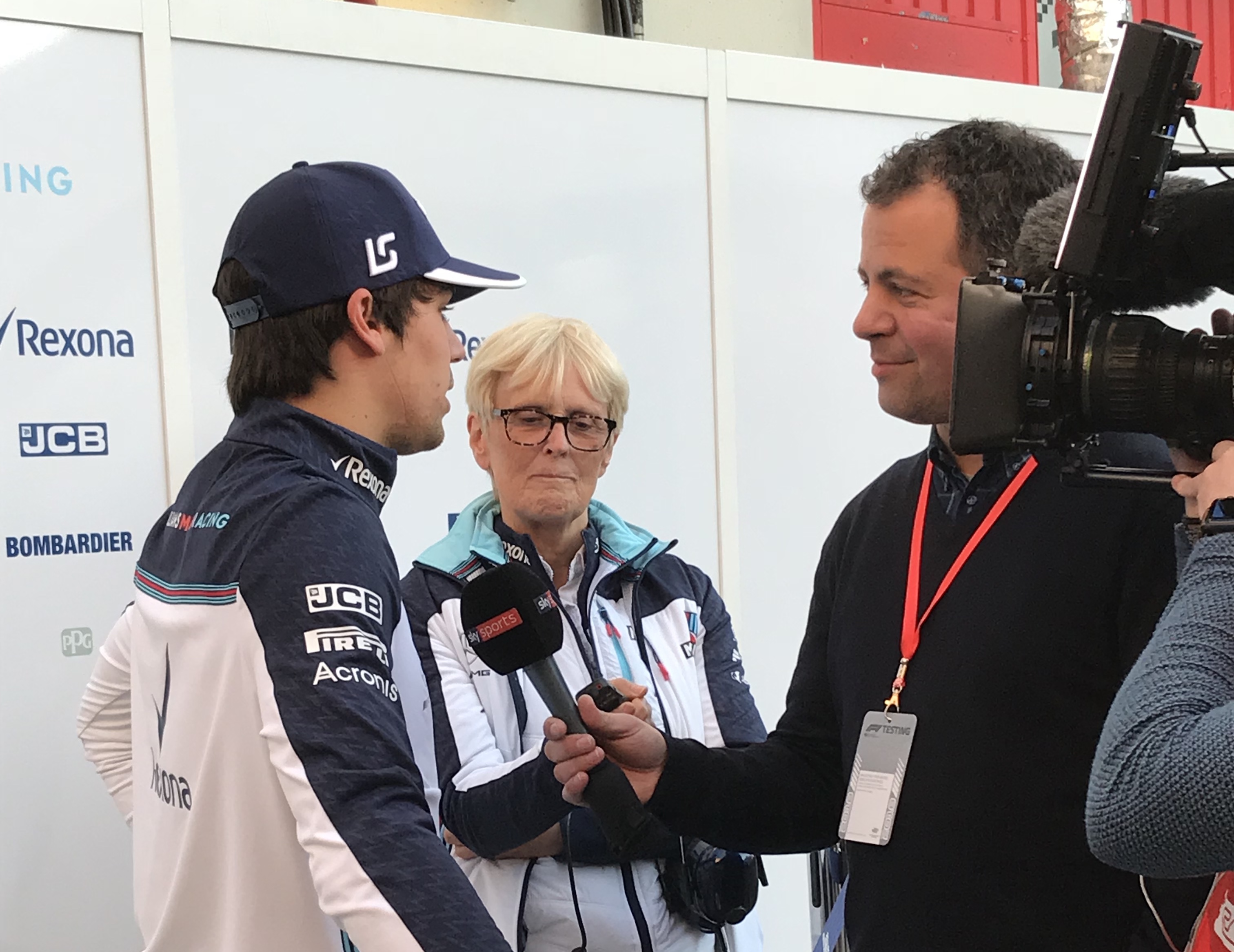 Lance Stroll adopted a positive stance after his afternoon completing a race simulation in the Williams FW41 yesterday, after taking over from teammate Sergey Sirotkin, who had finished a morning stint in the car.

“It’s just good to do some kilometres on the car – the first race of the year under my belt now, so it was positive.”

Stroll commented on a few areas that the Williams team are still working on, with all teams being slightly set-back after losing running time due to the weather during the first week of testing.

“We could still improve the entry phase, the traction mid-corner. There’s still so much we haven’t tried on the car yet, as, on a Formula 1 car, you have so many set-ups. There’s so much to try, and it takes two weeks to get everything out of the way, so I believe there are still little things that we can do.”

“There’s still a lot to learn, but race simulation-wise, I think we are in a good place.”

So has the car progressed? Stroll thinks so, commenting “It’s definitely a step forward compared to last year. If it’s competitive compared to the other cars, we don’t know yet. It feels like there’s more stability and more grip to last year, but we have to wait and see where we are compared to everybody else.”

“I’m sure everyone’s made a step, so it’s just a matter of who made the biggest and best step.”

However, he also called out that the newly resurfaced track at the Circuit de Catalunya was perhaps altering some of the usual characteristics that teams would see at the test.

“The surface is very smooth, so therefore degradation is not very high at all. We’ll know a lot more at the end of the week, and then in Melbourne.”

“I like it when it’s smooth. It gives me less of a headache! No, I’m just kidding. It depends on the track, you know some tracks, it’s quite nice when you have the original surface because that is what makes some tracks unique. Barcelona, here, I don’t mind the new surface, it feels okay, but there was also some good stuff about the old surface that gave it it’s spirit.”

The team have made the decision to split their remaining test days between the drivers, and are the only team with a test driver taking track time during this second week. Stroll was happy with this approach, and the overall team effort to get as much mileage on the car as they can in these remaining days ahead of the season opener.

“I don’t believe we would do anything that is a disadvantage, so I believe it only helps to have Robert in the car.”

“It’s good to get Robert’s feedback, so we’ll be working all together to make it as competitive as possible.”

“We are definitely trying to get a lot done. That’s why we are doing half days between the drivers, so really trying to crank out some laps. Last week was a tough week for everyone. This week, so far, the weather looks like it’s going to be okay, so we just need to do as many laps as possible.”

Turn up the volume. 🔈 The #MCL36 is fired up and ready to roar. 🔥😤 pic.twitter.com/jEBn6FZIsK Retweeted by Sarah Merritt

Great talking with @ChrisMedlandF1 for the @Motor_Sport podcast. So many awesome racing memories! Thanks for having me on 👊 motorsportmagazine.com/articles/podca… Retweeted by Sarah Merritt

Someone said F1 testing isn't going to be televised because they're rehearsing the 2022 season. FFS Retweeted by Sarah Merritt

More great PR from @F1! We're all building with the excitement of seeing the new cars in action so they are firing up the pre-season hype by ... banning any spectators or TV coverage of the Barcelona test?? Retweeted by Sarah Merritt

Ready for fire-up? 🔥🔊 6pm GMT. See you then. pic.twitter.com/hBBdY49oq2 Retweeted by Sarah Merritt