Home Latest Esteban Ocon: “I am definitely ready, but I want that last day... 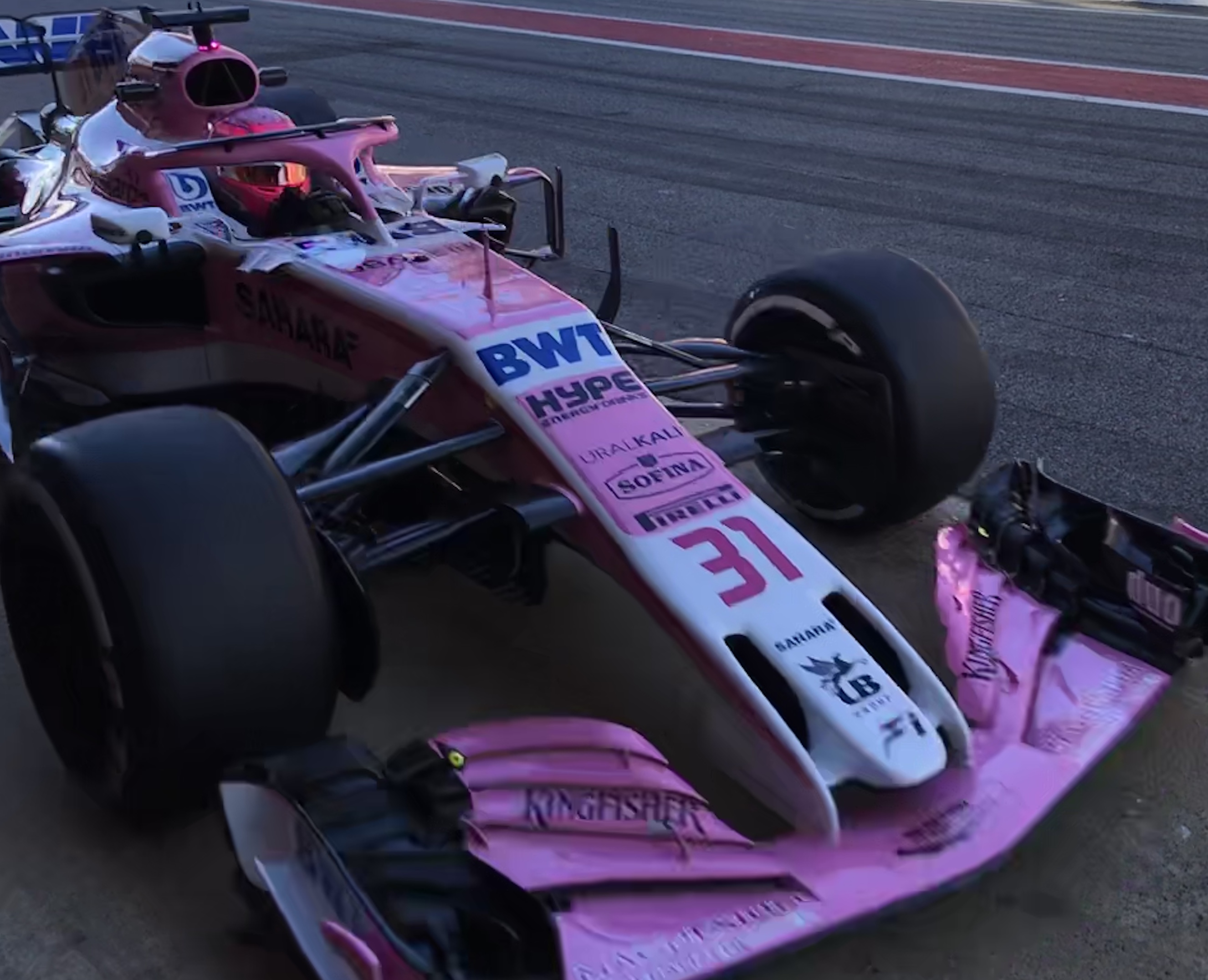 Esteban Ocon was a happy chap today after putting 130 laps on the board for Sahara Force India to kick off his second week of testing in the VJM11, especially after the loss of running due to the adverse weather last week.

“We are really happy about today. That’s what we needed after the difficult conditions the other day.”

Ocon also set the fastest time in the speed trap, at 327.2KPH, and whilst confirming the team are aiming for fourth place again, optimistically mentioned that he thought the team’s times were up there with those of Red Bull, who today was fastest.

“That’s the target. We will see where we are in Melbourne, that’s most important. Today was a good day, plenty of mileage under our belt and long runs look promising, not far off Red Bull I think so we are quite happy.”

But with only one more day in the car ahead of the first race in Melbourne, is Ocon ready?

“I am definitely ready, but I want that last day of testing. We have to confirm lots of stuff. We have to analyse today. I think there’s plenty to analyse, we understood plenty today but we need to confirm it on our last day. Tomorrow, Checo is at the wheel, and it’ll be good to see what he does and how he feels, and then I will have my last day before Melbourne.”

When asked about his opinions of the new Pirelli compound the Hypersoft, Ocon confirmed that he has not run with them on, but did not see this as a cause for concern, as it is not a tyre that would be used on the Barcelona circuit over the Spanish Grand Prix race weekend.

On the work the team have remaining, he said “We are not working on performance. We are working more on understanding the car, understanding how to feel good with the car and on the balance, and on the longer runs. We had some good results, so we are happy.”

He also felt that suggestions that the Halo could be personalised for driver identification were worth pursuing.

“That’d be good. That’s a good idea, to be honest. Why not, making it a bit like the helmet on the halo? That’d be nice.”

Hey @danielricciardo - did you spy @McLarenDoggo on the fan call? Truly a huge McLaren fan in canine form! 🐶 twitter.com/mclarendoggo/s…

I am so excited to share with you my whole experience of meeting Mr Grohl and all the @foofighters, sound-checking and jamming with them at the @TheForum - Watch Full Multi Camera Show: youtu.be/q-PQeh46zPg #foofighters #davegrohl pic.twitter.com/mUpJwjMMF5 Retweeted by Sarah Merritt