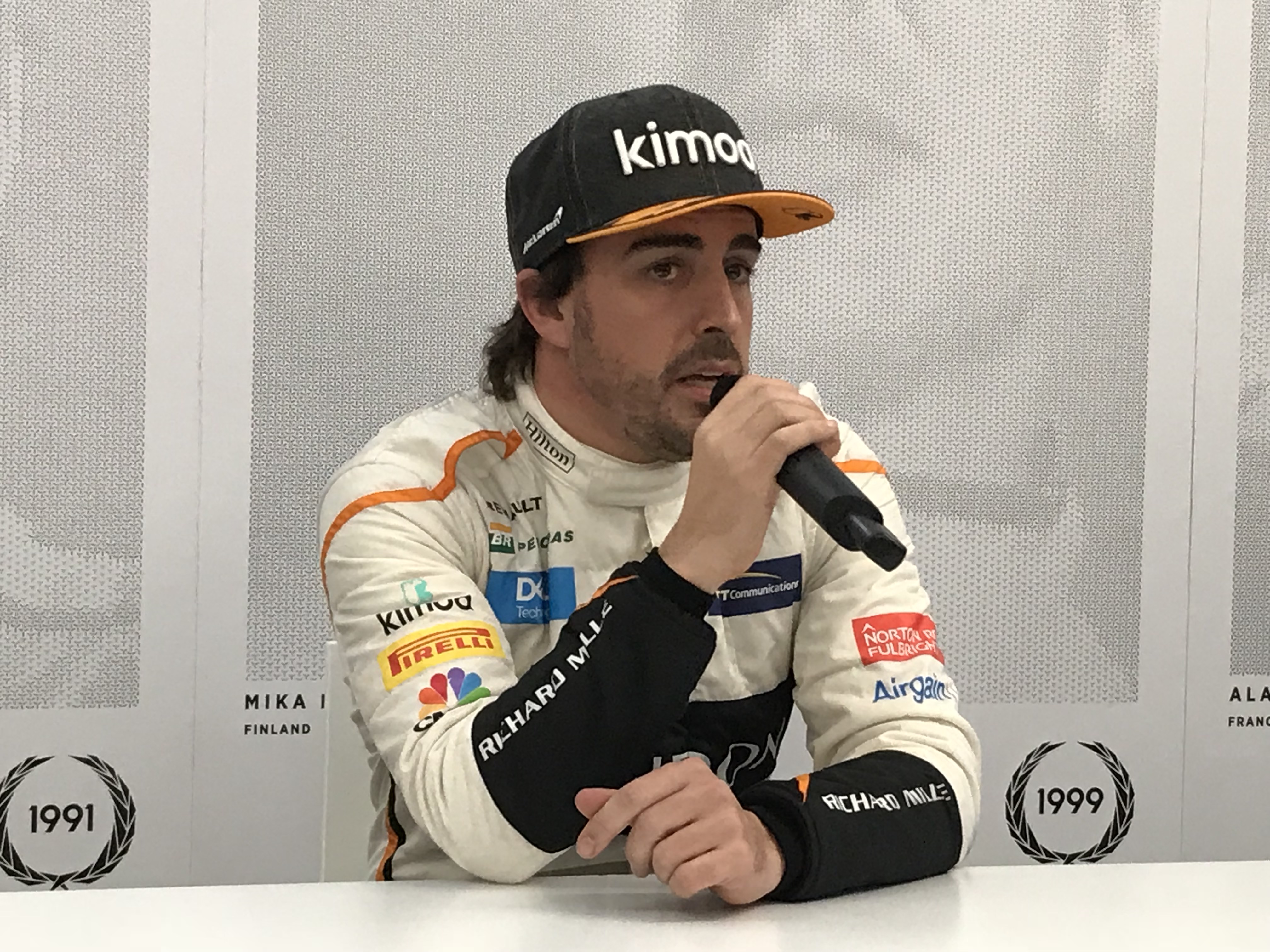 Fernando Alonso’s morning of testing had looked promising as the laps ticked up on the board at the Circuit de Catalunya yesterday, but his programme was curtailed sooner than planned when an oil leak brought the McLaren MCL33 to a stop on track after 46 laps.

The required engine change kept the Spaniard off track until almost close of play, something that must have disappointed the large crowd that had gathered to see the double world champion, but the man himself insists he’s ready to head to Melbourne.

“Probably we need the last day to do some laps and to do some long runs, and to check extra things that you keep discovering about the new car, but in terms of fundamental answers that we needed over the winter test they are already OK and we have all of them.

“I don’t need the last day, to be honest. I will be in the car, I will drive, hopefully, we will keep discovering new things on the car but if Australia was tomorrow, it’s OK.”

When pushed on the issues that have halted McLaren’s test programme over the last fortnight, Alonso reiterated that this is what testing is all about.

“This is more or less normal in every new car. Maybe you are new to this, but I’m 18 winter tests in, and I keep discovering new things ever since then. I understand there are 100+ media, so every red flag or something like that attracts a lot of attention but from a team point of view we are more or less OK.”

“There is nothing fundamentally wrong with the car. The issues we have had are well under control. Unfortunately, we keep discovering small things every day, but that is putting us in a strong position for Australia in the way that we are reinforcing the all the small issues. As I said before, I prefer that happened here rather than in two weeks time.”

“The set-up work you do here in Barcelona means nothing, and I am not worried to lose half a day as whatever set-up optimisation you do here will mean nothing in Australia. It will not mean anything for May when you come here and it’s 30 degrees.”

Comparisons will naturally be drawn between McLaren’s testing statistics and those of Toro Rosso, who are now running the Honda power unit. Alonso stated he had “zero concerns” around that, and remained positive of his experiences of driving with the Renault engine, and it’s CV from 2017.

“It is difficult to compare different cars and different moments of the day, but this year driveability is probably the strongest point of the engine. It feels great to drive out of the corners, especially last week in tricky, wet conditions, driveability was always spot on, so I’m very happy with that. Power wise, it’s difficult to know as we don’t know what engine modes anybody is running.”

He was also asked about his decision to combine racing in both F1 and WEC this season, and why he is relishing the opportunity as a passionate racer.

“I like this challenge, I like racing – I love racing – and to have 27 races, in my opinion, is better than to have 21. It’s the competition, especially of the 24 hours of Le Mans, that I was willing to do one day in the future, and if that future comes this year then it’s the right time.”

“It’s going to be interesting to be changing cars weekend after weekend and trying to adapt the driving style to every car. I will put myself on the limit and I will put my abilities also to the limit, and I love that.”

Out and about testing at a local business to me - Definitions Hair and Beauty Studio in Chelmsford. It's great that local businesses are able to support each other at the moment, so if you are booking up your PAT testing, go local! 👍🏻 #healthandsafety #supportlocal #pattesting pic.twitter.com/UVwvlBwZvj Retweeted by Sarah Merritt

Not sure how I’m going to get out of my front door! 🤣 Good old DPD.🤦‍♀️ pic.twitter.com/bJRFwFnv7p

I have ‘pandemic brain’. Will I ever be able to concentrate again? theguardian.com/us-news/2021/j… Retweeted by Sarah Merritt

There’s a lot of love for our latest @LandoNorris cover so here’s a wallpaper pic from the brilliant shoot by @JFong8000 pic.twitter.com/0mc21bm718 Retweeted by Sarah Merritt