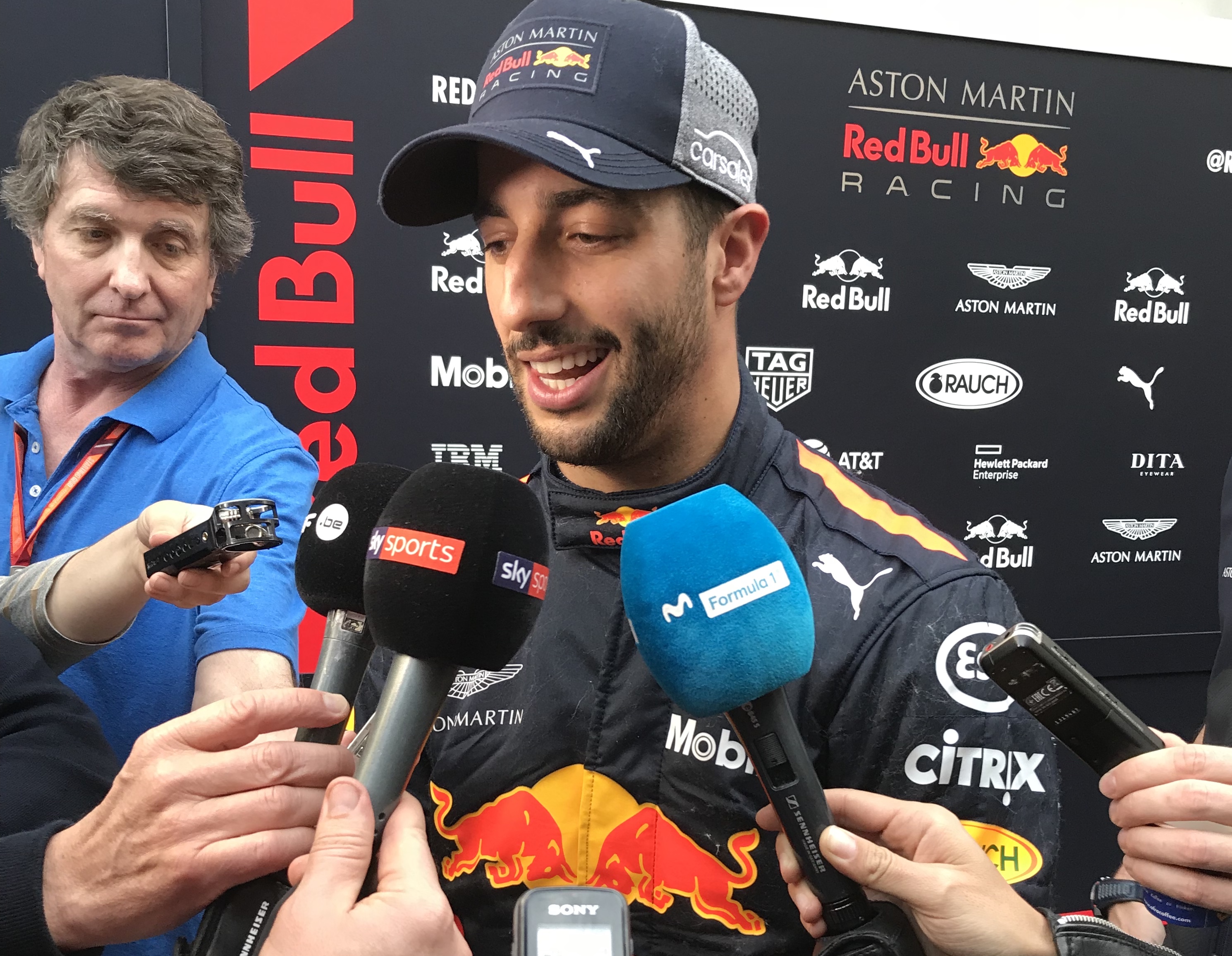 Straight from the car, a buoyant Daniel Ricciardo met with the media after the final days testing at the Circuit de Catalunya, happy with the Red Bull Racing team being more ready for the first race of the Formula 1 season that in any other season he has driven with them. Does this bode well for early in the season, and perhaps that home crowd?

“I’d like to challenge in Melbourne! We’d love a good result there, so we’ll obviously try and come out with strong intentions.”

“There’ll be a few more parts on it, so hopefully some go-fast parts! I’ll be a little bit lighter in Australia, so everything to try and get a bit more lap time out of it.”

“We’re certainly more ready than we were last year, and probably every year before that since I’ve been with the team. We did a lot of laps. The pace of the car is not bad but I think we still have some things to improve.

“It’s normal, but going to the race and having the confidence to push the car on the limit and to push the engine a little bit, we have much more confidence now so, we’ll see. I think Ferrari and Mercedes will be quick. And other teams? Some teams put in some quick times during testing as well, so Melbourne’s going to be interesting.”

Ricciardo also commented on the feeling that the Red Bull may be closer to Mercedes than Ferrari are in the running order this year based on his time in the car.

“I think we are. There were some runs where we looked strong, others which we struggled on a bit with balance but I think looking across the field, everyone had their moments of strong laps and then some weaknesses. We’re trying, we’re testing, so sometimes you put things on the car, and it doesn’t work, but most things we put on the car this week seemed to help so that’s encouraging.”

Such closeness might lead to more battles as his second full year as a teammate to Max Verstappen, but this is something that it sounds like Ricciardo would relish.

“I’m looking forward to another good year of battling. It’s going to be interesting, especially if we’re fighting further up the front, fighting for more wins. That’s what we both hope, and then I guess the battles will be welcome, so that will be a good situation to be in.”

Responding to the teams comments that a deadline has been set to confirm his future with the team, Ricciardo quite rightly remained focused on the job at hand.

“It’s going to be tough obviously, everyone wants to move on and try and figure out what the plan is. This season hasn’t even started but there’s planning already for ’19.”

“For me personally, right now, I’m glad testing’s over. It’s not that exciting, especially when you’re doing car log runs with a bit of fuel, but I’m looking forward now to Melbourne and that’s what my sights are set on. Get the job done there and then it’ll hopefully make the situation a bit easier to handle.”

Hey @danielricciardo - did you spy @McLarenDoggo on the fan call? Truly a huge McLaren fan in canine form! 🐶 twitter.com/mclarendoggo/s…

I am so excited to share with you my whole experience of meeting Mr Grohl and all the @foofighters, sound-checking and jamming with them at the @TheForum - Watch Full Multi Camera Show: youtu.be/q-PQeh46zPg #foofighters #davegrohl pic.twitter.com/mUpJwjMMF5 Retweeted by Sarah Merritt