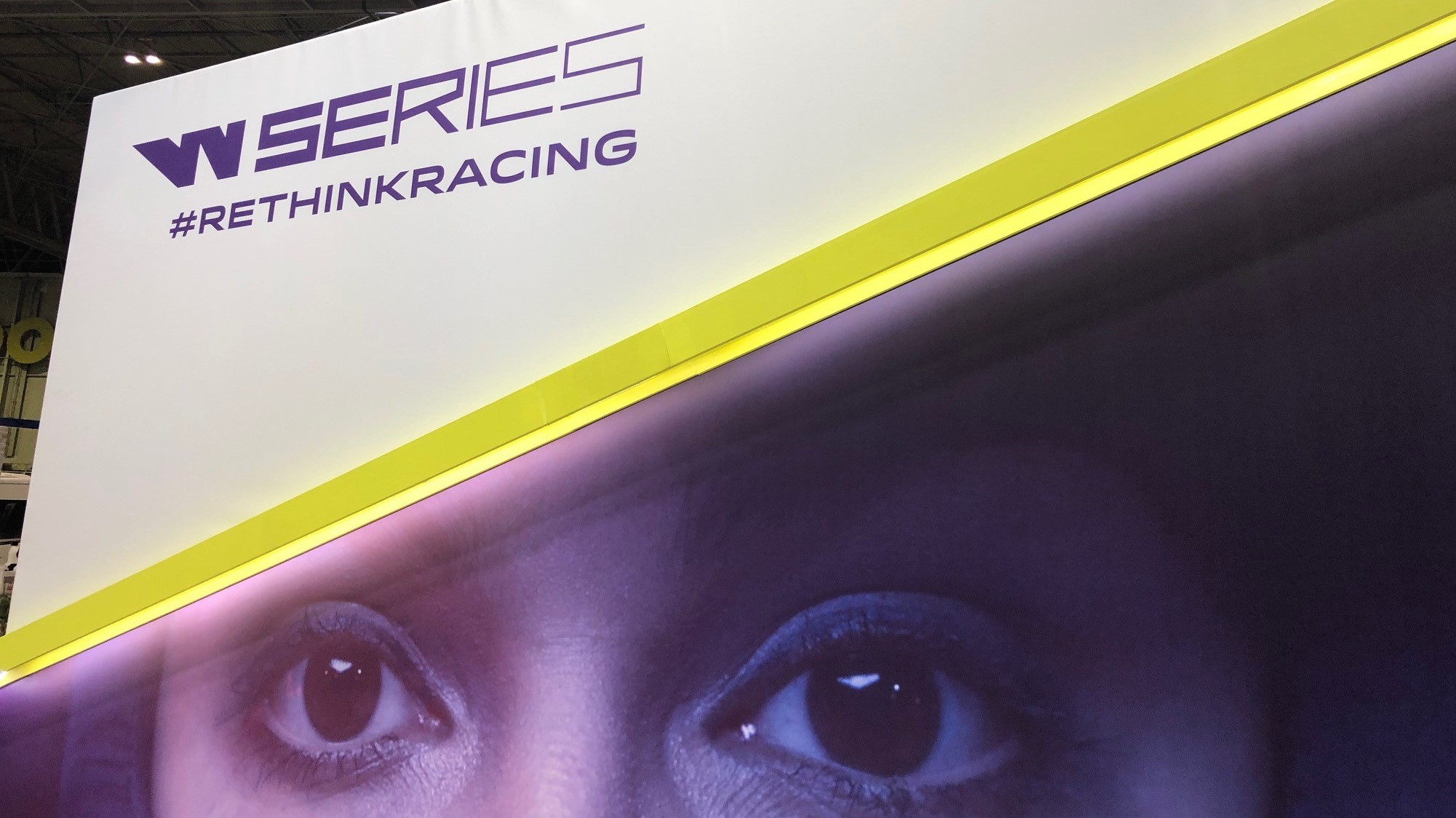 Have you heard about W-Series? I am sure you have. Since its launch in October 2018, W-Series itself has done it’s best to spread the word about its women-only racing series, and those involved have shared the reasons why they felt it was right to do so with much enthusiasm. Yes, there have been detractors, and in a balanced world, I believe everyone is entitled to their own opinion, so fair’s fair, and as long as those arguments are articulated well, I think it is a good debate to have.

Although I followed both the creation and that debate around W-Series with interest, I didn’t feel moved to write about the series until now, as I didn’t think there was much more I could add to the conversation, and I would just be re-reporting the published facts.

So do I think it is a good thing? I will be honest, when launched, I had no strong feelings either way on the existence or not of such a series. For my own career, one in IT that stemmed from an Engineering background, I have always felt that I integrate/compete in what would be classed as a male dominated environment, and I would not ever want to have reached the level that I am at without deserving the position. I would not have wanted special treatment, just for us all to be treated the same! However, if I think back and look at my apprenticeship or my college classes, I was often the only female, or perhaps one of two (something I never understood as I loved it!). Was I encouraged more in order to “tick boxes”, and show they had a female apprentice? Not that I recall. Today, whilst there are now more women in STEM roles, it is still far less than the percentage of males, and there are now many initiatives to inspire and encourage women towards this career path.

So, in my eyes, similar encouragement around females in motorsport could only be a good thing, right?

Some people think otherwise. I have seen much debate on social media where it has been conveyed that that the existence of such a series is like “giving in”, and conceding that women cannot compete against men directly at the same level. This is something that W-Series themselves have been quick to point out is not the case, and certainly not the aim of the series itself. They state that the series is about creating opportunity, and that is something that I can only see as a positive stance, not weakening or limiting the position of women in motorsport, but giving them the tools and the skills they need to succeed wherever they choose to in the future.

I’ve read about the prize find that is available, a total of $1.5m with the victor awarded $500k, but one of the things that people may be overlooking is that the series is fully funded for all participants. Travel from wherever they are based in the world to each race (which this year will be alongside the DTM race calendar), accommodation, meals, kit to wear, the car itself. This could mean that a talented young female driver who was previously unable to gain experience and compete due to lack of funding can now do so. Add alongside that the driver coaching, media training, and access to motorsport professionals with many years of experience, how can this be anything but positive for an individual involved?

I’ve been watching with interest this weekend as the driver selection process has been happening out at the Wachauring, in Melk, Austria, as the W Series social media accounts have been sharing the weekend with us. It’s been great to see the selection process in progress, like a fly on the wall, with David Coulthard and Alex Wurz assessing the candidates, and presentations from ex-McLaren/Manor team manager Dave Ryan and Indycar legend Lyn St James. The weather has been somewhat snowy, but that only seems to have added to the driving challenges, and there have been some great videos of the on track action.

Missed it? Watch this round up video below.

Today is the day! 🤩🏆🙌
As we prepare for the final tests ahead of our driver selection announcement, take a look at the story so far. 📽️ pic.twitter.com/2gjdd735GU

What is clear is that the process of driver selection is in itself educating those attending. This means that even if they do not progress to the final stage, those candidates come away with more skills that they arrived with, and that is very much worthy of note.

This alongside valuable access to the W Series team, including CEO Catherine Bond Muir, who I met at the Autosport International Show earlier this month and can attest is fully behind the project, and Director of Communications Matt Bishop, formerly of McLaren, and 15 years as an F1 journalist/editor. The support and years of experience available is astounding, and they can take full advantage of that.

I had the opportunity to ask Matt why he became involved in the project earlier this month, and he gave me some background, as eloquently as always.

“I worked for McLaren for 10 years, working with Lewis Hamilton, Jenson Button, Fernando Alonso – so all World Champion level. I was there in 2008 when Lewis won McLaren’s most recent world championship, and that was a fantastic time to be working for McLaren, but nothing lasts forever, and in the end, I began to think about what I’d like to do next.”

“I suppose I could have gone down a more conventional route and perhaps looked for work in another Formula 1 team, and I did have a lot of conversations with other Formula 1 teams, and still do sometimes, but David Coulthard got me into W Series. He rang me up and said ‘would you like to chat about it’, and as you know, he’s a shareholder and the chairman of W-Series. He explained it all to me, and I was a little bit sceptical at first, but the more I thought about it and the more I looked into it, what I realised was that it’s a wonderful thing.”

“Formula 1 has been open to both men and women for the entire 68 years of its existence, and yet, in those 68 years, there have been 900 drivers who have started a grand prix, only two of which have been women. One 43 years ago, and the other 61 years ago. That’s wrong. That’s just not right. What I began to realise, and we have now built W Series to reflect, is that women racing drivers had begun to fall of the ladder, or hit the glass ceiling, if you like, at around Formula 4/GP3 level. So what we have done is build W Series, which we provide absolutely free of charge, in fact, we are even paying their flights and accommodation and breakfast lunch and tea. All they have to do is turn up at their own local airport, doesn’t matter whether that local airport is Madrid or Shanghai, and we’ll get them to race for free.”

“Of course we want W Series to be successful in and of itself, but the ultimate mark of its success will be if some of our winners, some of our champions, eventually begin to reintegrate back into mainstream motorsport series, racing against men with greater success than they would have been able to do otherwise had they not had the W Series experience. They will not only learn to race and learn to win, but also be taught those skills by the likes of David Coulthard and Alex Wurz. Absolute top level people who will pass on a lifetimes knowledge to them.”

So my final thoughts, as we will soon hear who the selected drivers who will be forming the first season of W- Series and racing from May onwards.

Give it a chance.

Look at the positives.

Yes, you can pick holes in anything new, but don’t just do it for the sake of it! The most important thing to note is that any drivers involved will leave the series with more than they entered it with, be that a candidate who attended the selection process, one of the final 18, or the winner themselves.

This cannot be anything but a good thing.